For many years, comic books have been popular in the UK, mostly for children but more recently for adults. They are usually published as comic anthologies and the target audience is generally children. They are referred to by a number of different names, for example comic magazine, comic papers or just simply comics. The publishers are usually distributing them on a weekly basis, but there are a few that are published every two weeks and some even monthly. The Beano and the Dandy have long been the two most popular comic books. Both these comics were released by DC Thomson in the 1930s. And within two decades the weekly circulation for both of them had reached two million. The fact that so many copies were sold is not such a big surprise because for children there was very little else for entertainment. 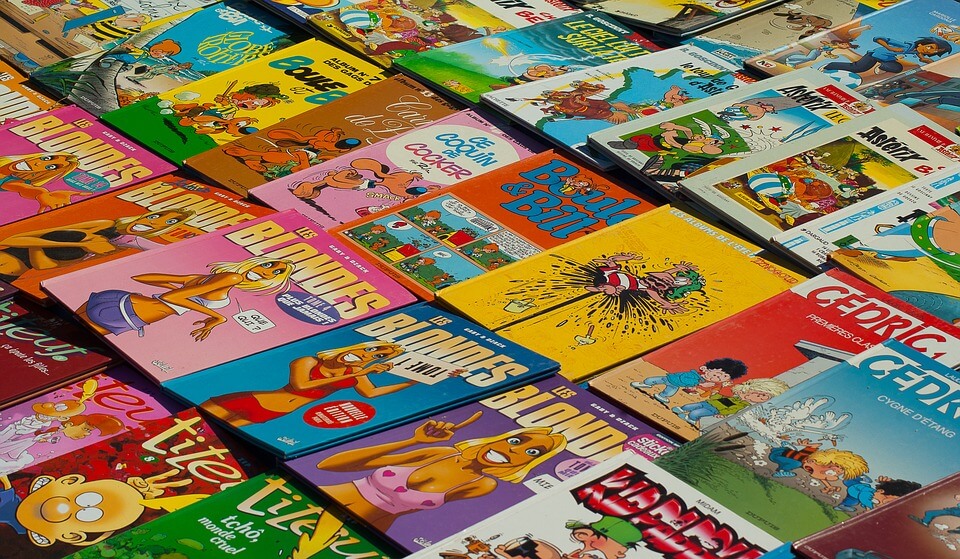 Another popular comic which is now considered to be a classic is Roy of the Rovers. First released in 1954 it was a comic strip based on football. Roy Race was the character the comic was written around and he played for a football team called Melchester Rovers. Other popular comic books of the time were Valiant, Viz, Eagle and 2000AD. Traditionally, it was newsprint that British comics would be printed on, right up until the early 1990s. A four colour process would be used on the cover and inside it would be black or red that would be used for the dark colours. All colour comics weren’t introduced until 1993 and it was The Beano and The Dandy that first switched. A set of stamps was released in 2012 by the British Royal Mail that cemented the place of comic books in British history. A number of different comic book series were featured including The Beano, The Dandy, The Topper, Roy of the Rovers, Eagle, Buster, Bunty, Valiant, Twinkle and 2000AD.

The Beano – published by DC Thomson this is the longest running British children’s comic. Characters include Dennis the Menace, Minnie the Minx, The Bash Street Kids, Roger the Dodger, Billy Whizz and Ball Boy. The Beano is still published on a Wednesday, but the issue date is the following Saturday.

The Dandy – this is the third-longest running comic and was first printed in 1937.Two millions copies were being sold less than two decades later. Sadly, it’s no longer published but it has become popular among collectors. On the very same day the printed version of the comic was finished an online version was launched. Called The Digital Dandy, it was available on the Dandy website and via the Dandy app. This digital version of the comic was not received very well and was shelved six months later.

Eagle – first published in 1950 this is a classic British children’s comic. It stopped in 1969 but was relaunched in 1982, and continued right up until 1994. An Anglican vicar was responsible for its creation and when it was first released it sold a staggering 900,000 copies. Dan Dare, Pilot of the Future was one of its most popular characters. Eagle didn’t just contain a comic strip. There were also news and sports sections and educational cutaway images of complex machinery.

Roy of the Rovers – this is one of the youngest of our top 5 as it was first launched in 1976. There was already a well-established comic strip of the same name but the comic book ran until 1993 with 853 issues being printed. As well as the stories the comic book also contained other football strips and features.