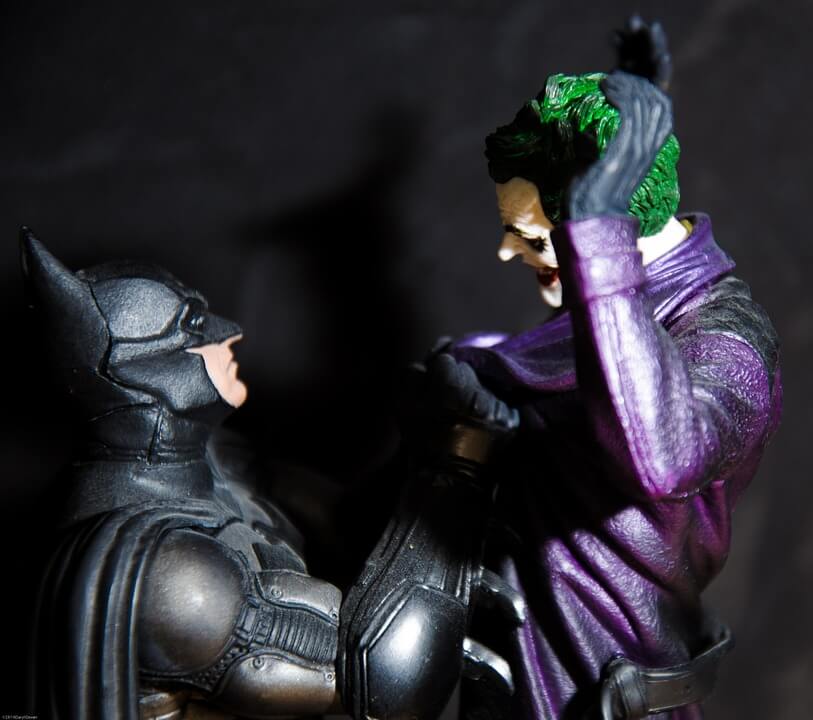 First appearing in the debut issue of the comic book Batman, The Joker appeared as a fictional supervillain in 1940. DC Comics is responsible for publishing the comic, but the creators are Bill Finger, Bob Kane and Jerry Robinson. Both Kane and Robinson claim responsibility for creating the Joker as a character, so who should get the credit is a contentious issue. Finger as the writer is, however, acknowledged by both Robinson and Kane. Following his initial appearance in 1940, the idea was to kill him off in subsequent issues but the editors stepped in and kept him alive. Even today he is still considered to be an archenemy of Batman.

The Joker has appeared in more than just the comic book, also showing his face in a number of movies and TV shows. He is introduced in the comic books as a criminal mastermind with a very warped and sadistic sense of humour. Also portrayed as a psychopath when he first made an appearance. The Comics Code Authority was introduced in the 1950s and this forced the Joker’s creators to make him more of a goofy prankster with a much lighter personality. He did, however, return to his darker persona in the 70s. The Joker has been able to play a part in many of Batman’s defining storylines, thanks to his position as Batman’s nemesis. Examples of this are when he paralyses Barbara Gordon and when he murders Jason Todd, Batman’s ward and the second Robin.

The origin of The Joker

For decades, The Joker has been keeping comic book readers entertained. Over the years his origins have taken a number of different turns. The most common storyline is that he fell into a tank containing chemical waste. The result of this dipping is that his skin is bleached white, his hair is turned green and his lips become bright red. Quite obviously, The Joker finds these disfigurements very upsetting and they eventually drive him insane. In terms if personality and appearance he is the complete opposite of Batman and thereby the perfect adversary. The Joker possesses no superhuman powers. He uses his chemical engineering expertise to create a variety of concoctions that are either poisonous or lethal. He also creates various thematic weaponry such as lapel flowers that spray acid, joy buzzers with a deadly shock and playing cards with razor-tips. Thankfully, these playing cards never made an appearance when he was gambling or playing at his favourite casinos.

The Joker can often be found helping out other Gotham City supervillains. The Penguin and Two Face are a couple of examples. Preferring not to always work alone he can also be found playing a part in groups such as the Injustice League and the Injustice Gang. The Joker does love chaos which means that these relationships don’t always last too long. A love interest was introduced in the 1990s and her name was Harley Quinn. Originally, she was his psychiatrist, but became his sidekick for a short while. The Joker is completely obsessed with Batman but has been diverted away by Superman and Wonder Woman on a couple of occasions. The Joker is considered by many to be one of the greatest comic book villains. His rise to the pinnacles in popular culture have led to a wide range of merchandise over the years. Not only has he appeared in many of the Batman comic books. He has also had his character adapted to feature in live-action, television series, films, video game incarnations and animations.